Flutter Vs React Native – Which Is Worth Your Investment in 2022?

You are here:
Mobile App 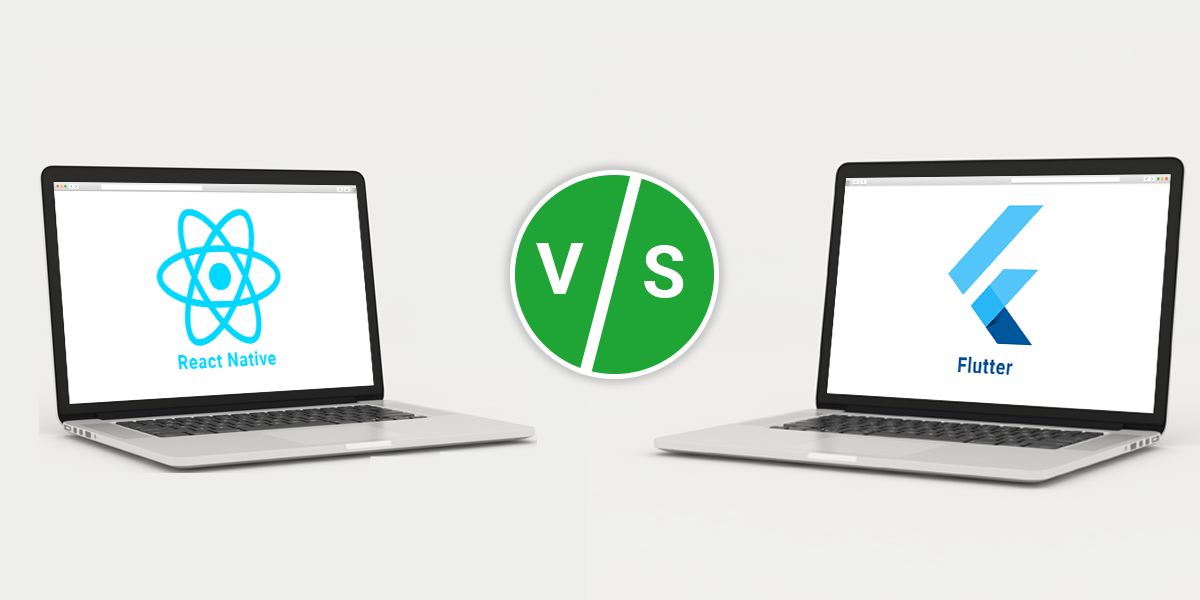 Also, efficiently selected development tools have created wonders in hybrid applications by giving a look and feel and the backend features much closer to the native applications. As of now, two platforms, namely Flutter UI and React Native are in trend for the developers opting for hybrid app development.

In this blog, we shall see the comparison, i.e., React Native vs Flutter, based on its features, pros, and cons, and discuss which is better, flutter or React Native?

So, in the upcoming sections, we shall discuss these comparisons between the two platforms based on some of the properties like productivity, performance, etc. Let’s get started!

Flutter vs React Native- Comparison based on Productivity:

One of the most important aspects to consider the difference between the two platforms is the productivity reached by the developers. This comparison is further categorized into the following 5 points:

This factor is supported by both platforms. Hot reloading enables the app to relaunch automatically, retaining its older state. The application refreshes itself whenever you connect a device or make changes in the backend code. The developers who are thorough with this feature have observed that the development process has become comparatively easier and helps boost the productivity of the application.

2. Structure of the Code:

The coding structure in React Native resembles that of Javascript, where a developer can separate the design and the control code into various classes.

Whereas in Flutter, Dart programming is used, which enables the design of the application without integrating any other templates like XML or JSX. This creates an ease of development for the devs to create dynamic UI and UX, which can also be re-used further, which may include the design of many widgets, libraries containing animations, etc.

3. Installing and Configuring the Frameworks:

As compared to React Native, it’s easier to get started with the app development on Flutter. All you need to do is to download the package, unzip the same, and then set the environment variable of your system that points to a folder inside the package. In addition to this, there is a “Flutter Doctor” tool used to check up system issues.

In React Native, you need to install the package named create-react-native-app using npm. This will then be used to create a new application. Also, React Native has a provision of “Expo Integration,” with the help of which devs can run the code on mobile devices without connecting them with wires. The developer needs to scan the QR code appearing on the console, and the app can be run on a mobile device.

The discussion on Flutter vs. React native also covers the number of development environments supported by both frameworks.

IDEs such as IntelliJ, Android Studio, and VS Code support the Flutter framework, whereas there are many IDEs supported by React Native, which makes it difficult for the developer to choose the best one.

5. APIs that are Specific for Hardware:

There are interfaces for geolocations and Wi-Fi in the React Native framework. In addition to these, biometrics, camera, Bluetooth, NFC payments, etc., interfaces are supported by React Native. Despite these, the React native framework lacks the support of customized drawings and graphics. This can only be done using the native code.

The APIs supported by Flutter are the same as React Native. The advantage of using Flutter is that it can interact with the APIs of the native platforms too. Though not directly, but using the given steps below:

So these were the points to be considered while discussing Flutter vs. React Native, based on the productivity of the apps. Now let us see this comparison based on the languages used for programming.

Flutter vs. React Native: Comparison based on Programming Languages:

In Flutter, an open-source programming language called Dart is used, which is developed by Google itself and has the advantage of being object-oriented. Both client and server-side development can be done using Dart language. Hence, with Google being the developer of Dart, it supports the development of desktop, mobile, and web applications- backend as well as front end- all types of applications.

Flutter vs React Native: Comparison based on their documentation:

For Flutter, the Dart language has similarities with C#, Java, Kotlin, Swift, Javascript languages. Hence, it becomes easy for a React Native developer to switch to Flutter app development.

Flutter Vs React Native: Comparison based on performance:

When there is a discussion going on for better Flutter vs react native performance is the aspect that cannot be missed.

React Native needs a bridging interface to interact with the platform native elements and APIs.

The Dart language used by Flutter can compile the code faster than the V8 engine used to compile the Javascript code.

The following figure explains how React Native interacts with the platform-specific components:

In your application, the architecture of React Native is divided into two parts: one is Javascript and the other native language. To carry out the communication with the native device, for instance, sending notifications, touch sensor responses, etc., the framework needs a bridge, which is used to convert the javascript code to the native code.

This is how interaction is done between a React native app and the native platform.

Due to this bridge, the React Native framework becomes slower, although being the most powerful, mostly in the case when animations are loaded. For example, Flutter utilizes 60 to 120 fps to implement animations in the application, which is not possible in React native. The conversion from javascript code to the native code is done first.

Now let us see how Flutter interacts with native components:

Flutter performed in the same condition as Javascript is better as there is no bridge required to communicate with the native components of the platform. A lot of issues can be handled by the framework itself with the help of Skia Engine.

In addition to Dart, C++ is also included in the core of Flutter. Hence, as a result, the application can produce higher FPS such that it feels like a native application.

Flutter Vs React Native: Comparison based on UI Components:

Flutter has its own UI components and not the native OS’s ones. Hence, it becomes easy to customize the UI components in Flutter, making the framework more flexible.

The UI elements in Flutter include Widgets for android, Cupertino for iOS, and many other platform-independent widgets.

On the other hand, React Native uses the native components for UI, and they are updated every time the platform is updated.

Flutter Vs React Native: Comparison based on Size of Community

There are loads of applications available which are developed in React Native. Some of these being: Walmart, Facebook, Airbnb, etc.

Some of the popular applications developed under Flutter are Xiaoyu, GoogleAds, Hamilton Musical App, Reflect, etc.

Here is a summary of the communities of both the frameworks:

Here are some popular apps that come with Flutter:

Reflectly – 100 000+ (The application is completely rewritten from React Native)

Apart from this, we now have a lot of mobile applications around the world with it. These include Facebook, Walmart, Skype, Instagram, Bloomberg, Airbnb and SoundCloud.

Summarizing the discussion here, both Flutter and React Native have their own pros and cons in many aspects. Opting for the rapid growth of apps, React Native can be found easier. Still, both the platforms offer time and cost-saving aspects, third-party integration, etc.

If you are still stuck somewhere between Flutter Vs. React Native development and can’t decide which one to choose for app development, hire mobile app development company. Our skilled and experienced developers can help you choose the right option for your business and clear your doubts instantly.

Each platform can help the app to spread its wings and fly. We’ll keep our fingers crossed for you – good luck on the next steps!

1. Which of the two is faster? Flutter or React Native?

Comparing the programming languages, Dart can be compiled in less time than Javascript code. Hence, Flutter is faster than React Native.

2. Are there any chances of Flutter being more successful and popular than React Native?

There are high chances that Flutter will be more popular than React Native because Flutter is new and highly accepted, so that it can draw more audience soon.

3. How can you differentiate React Native from Flutter?

The programming language used by react native is Javascript, whereas Flutter uses Dart. However, in terms of optimization as well as performance, Flutter holds first place. Also, Flutter has its own UI components, whereas react native uses the components of the native platform.

4. Which one to choose based on performance?

In terms of performance, Flutter is well opted as compared to react-native.

5. Can we say Flutter is a good alternative to react-native?

Yes, it is possible that more developers will opt for Flutter over react native in the near future.

How To Build An App Like Uber: Cost, Features, And Further Discussion
November 20, 2020