Android vs iOS: Which Should You Build Your Business App for First? 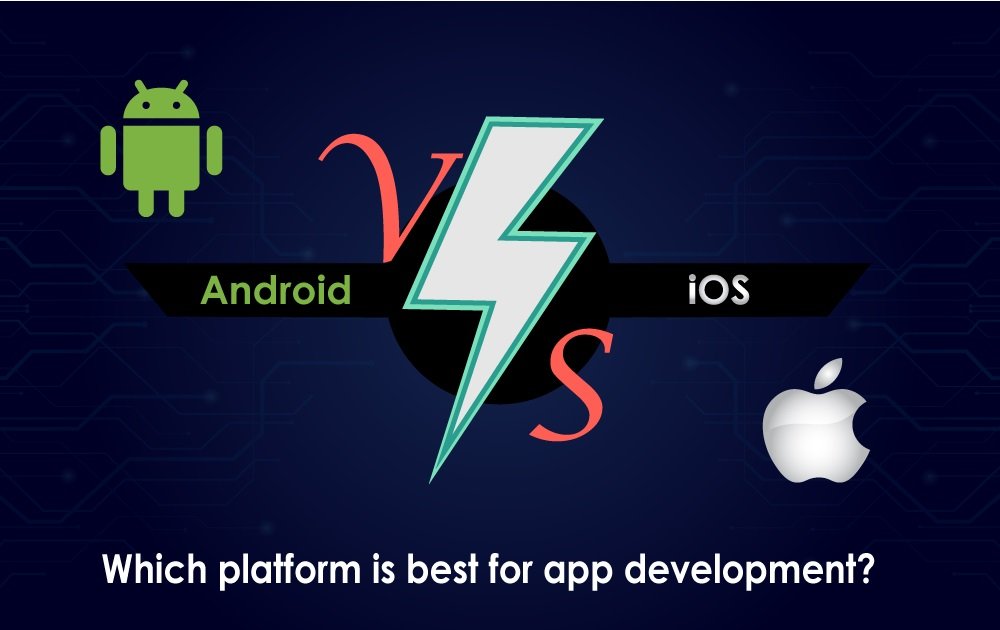 Mobile applications are taking over the world, but the battle to choose the right platform between iOS and Android is still active. However, many companies are seeking a cross-platform application development framework to target both iOS and Android. Android Vs iOS has always been the biggest competitor when it comes to mobile app development.

Due to the several advantages of Android app development, Android apps are dominating the smartphone market share worldwide. As per Statista, smartphones running the Android OS will hold over 87% global market share by 2023, while the share of iOS will only be 13%. However, iOS is still in high demand among those that consider security and reliability of the utmost importance.

Due to the many advantages of Android application development, Android applications dominate the market share of smartphones worldwide. However, iOS is still in high demand among those who consider security and reliability of extreme importance.

Let’s take a look at some facts and figures related to iOS vs. Android, which can help you choose one of two operating systems:

According to recent data, smartphones running the Android operating system accounted for 74% of the global smartphone market in June 2020, with Apple holding over 25%. Android has been the market leader for many years because more brands and manufacturers use it than iOS.

With the overwhelming number of Android devices being ten times larger than Apple devices, the number of android users is more inclined than iOS application development by default.

Furthermore, these differences in market share make Android a better alternative to iOS for the startup. In this way, you can hire Android app developers in India and develop the app of your choice.

However, you should also check the geographic areas and demographic sectors. 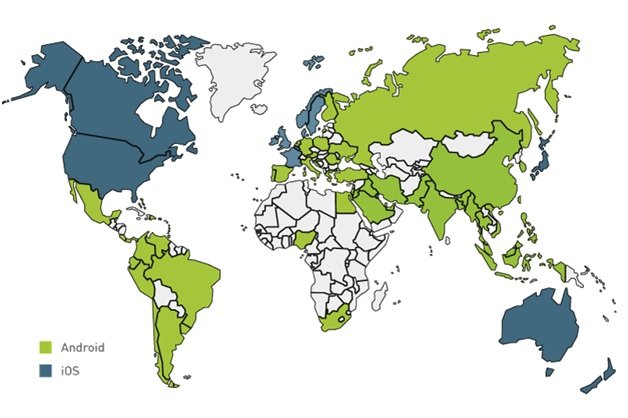 The audience for Android and iOS mobile app services can be divided into two. The market share of Android application development comes from developing countries and low-income regions. In comparison, iOS app development shares show that most of its users have a higher level of participation and are more willing to pay for in-app and in-app purchases.

So choose your operating system based on the targeted audience. Hire Android app developers if you want to build feature-enabled mobile app services for developing countries. If you’re going to work on iPhone app services, you can hire iOS app developers, focusing on the audience, hoping to purchase an app or apps in your app. Many offshore Android and iOS app development companies will be happy to offer you services.

On the other hand, iPhone app development companies are required to work with limited devices on iOS. However, the ultimate cost of iOS and Android application development services depends on the number of features and its complexity. 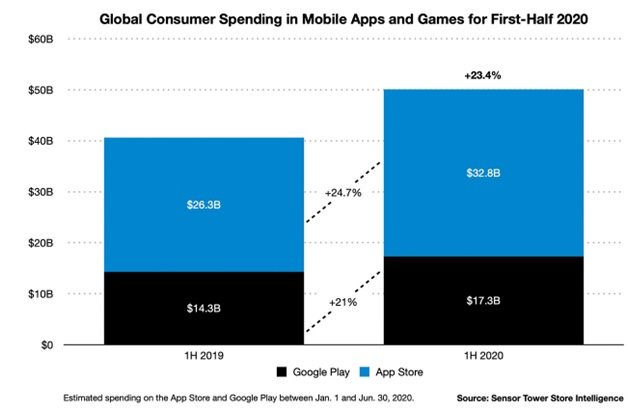 If earning income is your main goal and reaching the public is another. In this match between iOS and Android, you can try iOS. A better option would be to monetize your mobile apps without ads and with in-app purchases through subscriptions, freemium templates, or iOS app development companies.

What features do you want in your app and, as a resultant, the people you look ahead for.

Market research states, compared to Android app users, iOS app users are 15% more likely to visit the e-commerce store.  It has been observed that 23% of Apple users prefer to buy phones compared to 17% for Android.

So if you’re planning a retail app on iOS or Android, try one for Apple; Numbers indicate that they are ahead of Android.

When do I select the iOS app first?

When do I select the Android app first?

When to Start On Both Platforms?

When to Move to the Next Platform?

Android Vs iOS: Who Won the Battle?

Android Vs iOS, What is the best platform for building applications? By the way, there is no clear winner in Android vs iOS. The answer to this question depends on many factors that we have discussed here in the blog.

However, the common thing in two is that both processes will take a long time, it will cost you a huge amount of money. But you have to make the final choice after carefully analyzing all the factors. After that, you can hire an app developer according to your needs.